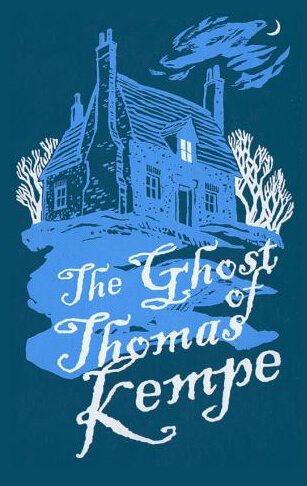 The Ghost of Thomas Kempe by Penelope Lively

With a new introduction by the author, this brilliantly funny ghost story for children features integrated illustrations by artist Pam Smy.

First published in 1973, and winner of the Carnegie Medal, The Ghost of Thomas Kempe is a brilliantly funny ghost story for children, from one of the great writers of modern British fiction. But, as Penelope Lively explains in her new introduction that there is ‘intriguing hidden ballast’ to James’s quest to rid Ledsham of its troublesome ghost. Uncovering dusty diaries and investigating local folklore, James delves deeper into the past and slowly comes to realise that there is an undiscovered world around him, one filled with the memories of lives lived before his own. Lively’s own interest in social history and memory, which suffuses much of her later adult fiction, informs James’s own adventure as he begins to realise his place in the passage of time, and that we can’t all be ten forever.

Pam Smy has created over two dozen whimsical illustrations for this edition. Characters such as Mrs Verity, Tim the dog and Bert – the builder-cum-exorcist – are brought vividly to life. Many of the images are integrated with the text, whisking the reader along with James around the streets of Ledsham and the beautiful Oxfordshire countryside.

An extract from the author’s new introduction to this edition:

The Ghost of Thomas Kempe was published in 1973. It is over 40 years since it was written – by some alter ego, or so it seems. Read today, it is familiar to me, but also strange; I couldn’t write like that now – indeed, writing for children left me long ago, to my regret. But what is intriguing, reading with some detachment, is that I can recognise with absolute clarity the prompts, the sources, for the story, and they are just the same as those for adult fiction, later in a writing life. Inspirational triggers, for me, have been a curious marriage of something read, something seen or found, and all the encircling clamour of life as lived.

The something found was the stem and bowl of a clay pipe. Thomas Kempe’s clay pipe, I suppose. Many bits of clay pipe, indeed. We were living at the time in a 16th-century former rectory; the garden there threw up fascinating domestic detritus – broken crockery from medieval potsherds to Victorian flowered china, the curved glass bases of 18th-century wine bottles, and all those clay pipes. Gardening acquired an extra level of interest. Clay pipes, I learned, date from the end of the 16th century to the 19th, and vary from decade to decade, so that archaeologists can often use them to date a level of excavation. The stems are extremely brittle; the past must echo to expletives as yet another damn pipe fell to bits. I collected all this stuff – a cake tin full of garden archaeology which I still possess – and at some point the ghost of Thomas Kempe, or someone like him, came smoking out of one of those pipes.